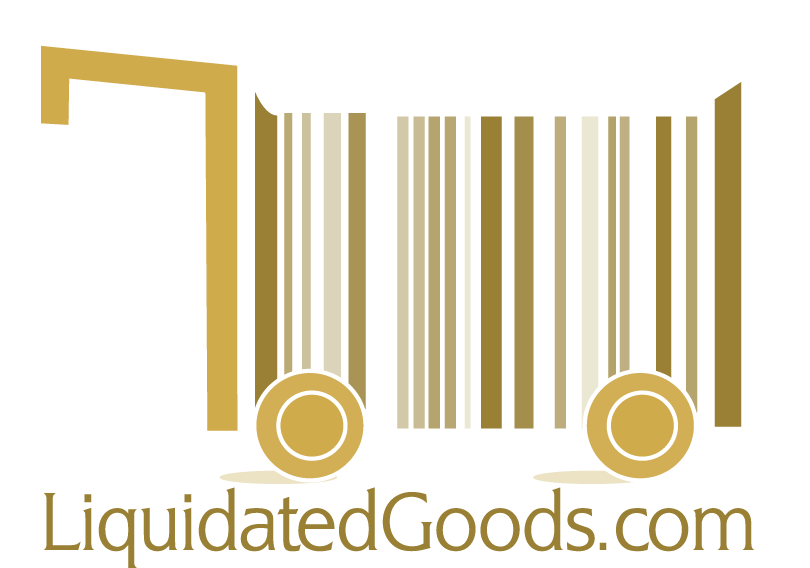 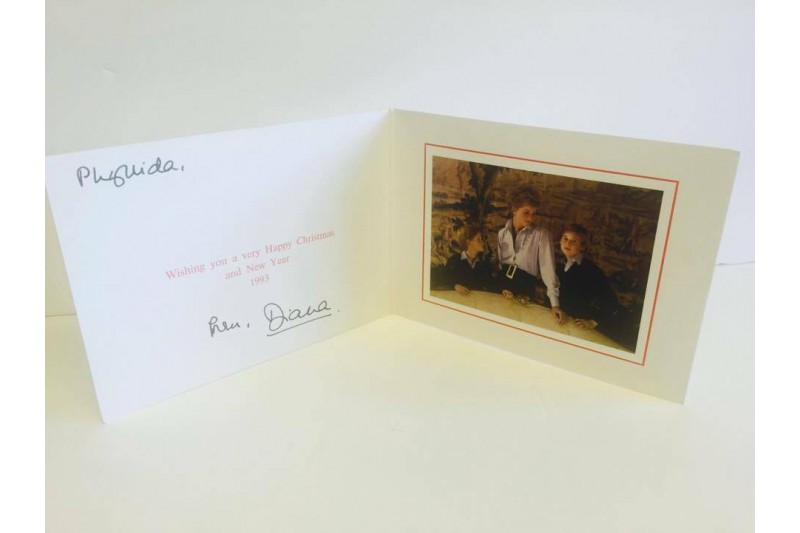 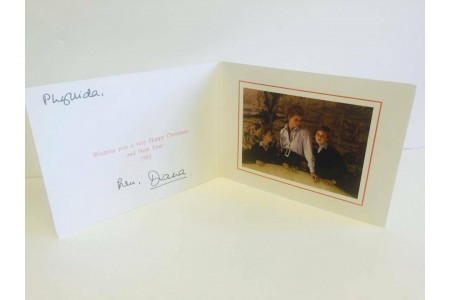 Card is addressed by Lady Di to a Robert and reads: ''Wishing you a Happy Christmas and New Year / 1993'' and is signed boldly ''From, Diana'' in black marker.

1993, Princess Diana’s first solo Christmas card as a royal featured her with her two boys in front of a royal tapestry.